Eclipse tools are part of the Spear & Jackson group, and in fact their parent company, Neill Tools, bought Spear & Jackson in 1985. The Eclipse brand was established by James Neill in 1909 and was soon selling his newly developed composite steel hacksaw blades, the first on the market when they were introduced in 1911. Eclipse also started manufacturing hacksaw frames shortly afterwards and became one of the best known hacksaw brands in the UK before their merger with Spear & Jackson and several other brands, including Sorby, Moore & Wright and Tyzack. 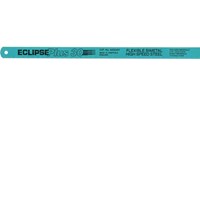