Laroy S. Starrett was raised on a farm in Maine but a fascination with tools and machines led to him establishing the L.S Starrett company after having invented and patented the world’s first combination square in 1878. Starrett was quick to recognize the value of other toolmaker’s designs as well as his own and a slew of acquisitions and further patents led to the Starrett brand achieving international acclaim as a respected manufacturer of precision tools for engineers and machinists. In 1958 Starrett acquired a manufacturing plant in Scotland which produces tools for the European and Asian markets, and remains a family owned company headquartered in Athol, Massachusetts.

Starrett hole saws are perhaps one of the manufacturing firm’s best known products in the UK. The famous yellow HSS Bimetal range represents an industry standard cutting tool suitable for applications in hand held and stationary drills; we also stock a comprehensive selection of accessories, including Starrett arbors, pilot drills and extensions. 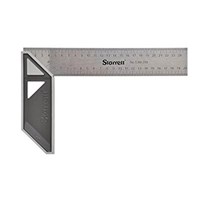 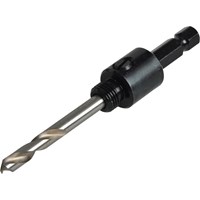